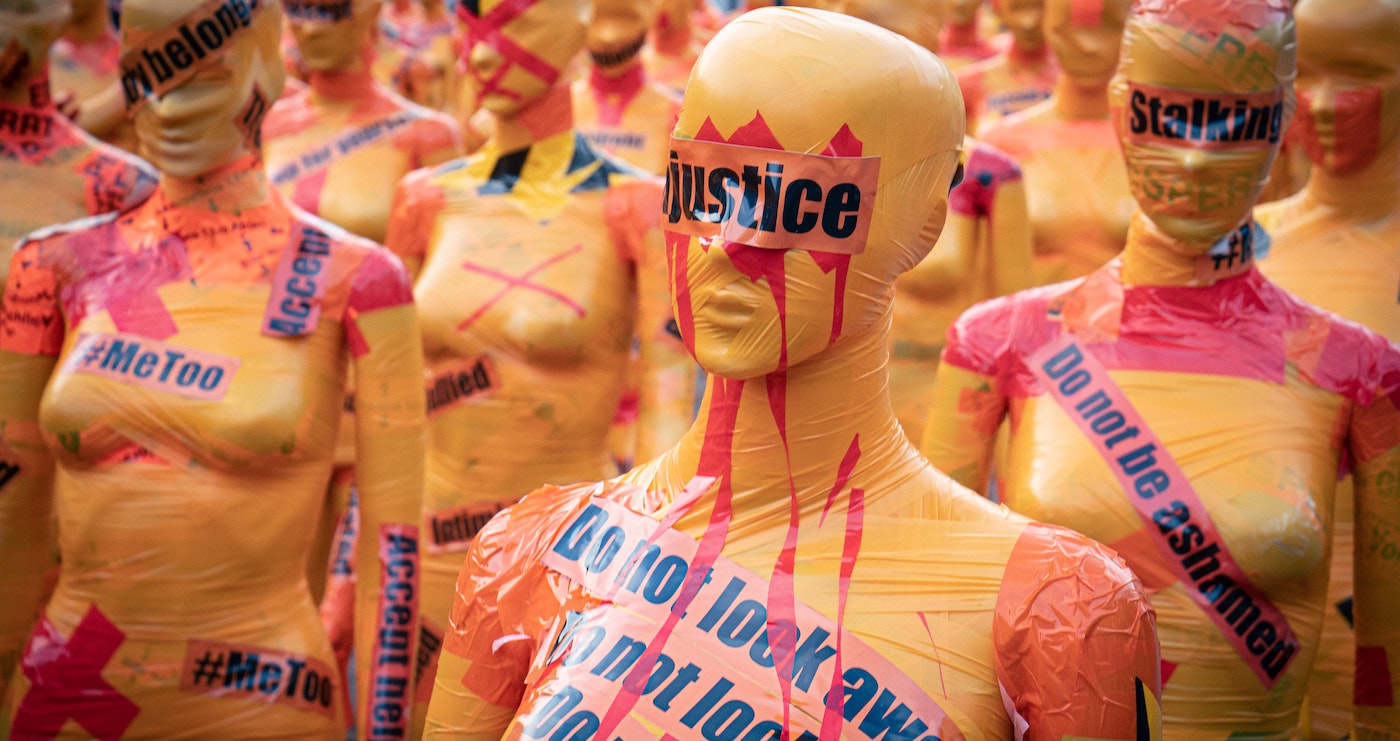 As opposed to popular belief, the effects of domestic violence go beyond its impact on physical health. Victims are regularly diagnosed with severe behavioral and psychological issues as well. In fact, domestic violence and depression are very closely linked together.

Domestic violence is one of the most prevalent social issues in the world. It contributes to several problems in society, lifestyle, physical health, family, children, and even mental health. In fact, domestic violence and depression are very closely linked together. According to statistics, 35-70% of women subjected to domestic violence are diagnosed with depression later in life.

According to the Centers for Disease Control, National Intimate Partner and Sexual Violence Survey (NISVS), About every 1 in 4 women and 1 in 10 men experience contact sexual violence, physical violence, and/or stalking by an intimate partner and report an IPV-related impact during their lifetime,

This article delves into detail about the link between domestic violence and depression, including its effects on mental and physical health, its various types, signs, and symptoms, and how to help someone who might be experiencing it.

Domestic violence, also known as intimate partner violence (IPV) or domestic abuse is a destructive behavior pattern, characterized by a display of power and authority over an intimate partner through deliberate practice of violent conduct. This includes any kind of behavior that frighten, intimidate, terrorize, manipulate, hurt, humiliate, blame, injure, or wound someone.

Examples of domestic violence include:

Family violence is a blanket term that includes all kinds of abusive behavior patterns that threaten the peaceful dynamic of a family. This includes domestic violence, child abuse, Intimate Partner Violence (IPV), and several other forms of abuse. According to many studies, family violence and mental health are strongly connected to one another. Witnessing or experiencing traumatic events like abuse and violence increases one’s likelihood of developing a psychological or physical illness in the long run.

On Mental and Physical Health

Violence is among the largest contributors to mental health disorders. About 20% of domestic violence survivors report experiencing a new onset of psychiatric disorders such as; depression, generalized anxiety disorder, post-traumatic stress disorder (PTSD), a wide range of substance use disorders, and suicidal thoughts and suicide.

The purpose behind a perpetrator’s abusive actions, it seems, is their desire to assert authority by stripping the victim of their independence and self-esteem. In doing so, the victim begins to feel increasingly dependent on their abusive partner. Therefore, inadvertently seeking their approval and pleasure in all facets of their personal life.

The link between domestic violence and depression along with several behavioral changes such as; low self-esteem, lack of confidence, trust issues, the constant need for approval, shame, and guilt can develop into long-lasting issues, putting the victim’s health in jeopardy.

Witnessing and enduring abuse is a deeply traumatic experience that can scar its victims not only physically, but also psychologically. According to studies, people who have experienced traumatic events such as abuse and maltreatment are more susceptible to developing depression.

Intimate partner abuse can lead to serious mental, emotional and spiritual distress. The constant battering and insults can damage one’s confidence, throwing them into an endless pit of shame and guilt; of never feeling like they’re good enough for anything. This trauma can also impact a victim’s everyday life. It can bring about drastic changes in a person’s attitude such as; lack of motivation, absence from/poor performance at work and/or school, overwhelming fear and anxiety in otherwise non-stressful situations, and in critical cases, it can even lead to death.

According to reports, to cope with depression, victims are often reported to indulge in substance abuse and drug addiction. Approximately 35-70% of female victims of domestic abuse are diagnosed with depression.

If not dealt with promptly, PTSD can severely affect a victims’ life. One of the symptoms of PTSD includes re-experiencing the distressing ordeal again and again in nightmares, memories, and flashbacks, making it hard for the victims to move past their fears.

Studies suggest that the likelihood of developing PTSD — and the severity of symptoms of PTSD — as a result of domestic violence greatly depends upon the severity of violence endured by the victim.

The general public commonly identifies intimate partner violence merely as physical and sexual abuse. However, that’s as far from the truth as can be. Domestic violence is of several types. According to the domestic violence statistics report by the CDC, the ones most prevalent in society are:

Signs of Domestic Violence in Perpetrators

As widespread as domestic violence is, it often goes unidentified. Perhaps, because some of these actions have somehow made their way into the list of behaviors that are not necessarily considered immoral. This is especially true for psychological abuse which frequently even evades the victim’s notice. One of the reasons it is essential to spread awareness about the issue of violence is because perpetrators habitually use manipulation as a key weapon to mask abuse as a concern to keep the victim under control.

If you’re unsure whether what you’re experiencing is indeed Intimate partner abuse, the following are some of the major signs of domestic violence to look out for in an intimate partner or spouse:

A majority of victims of domestic violence tend to stay with their abusers. A large number of cases of IPV are not even reported to authorities due to fear. Knowing and being able to identify exactly how a victim of domestic violence behaves may be beneficial knowledge in such cases. Not only can it help the victim get to safety, but it can also help prevent a lot of issues in society that occur due to domestic violence. Signs that someone is being abused include:

What to Do if You Think Someone is Being Abused

Cases of domestic abuse often remain unreported and there are strong reasons why victims of domestic abuse choose to stay in abusive relationships instead of leaving. Mostly, it is because they’re aware of the extremes that their abusive partners could go to to get them back under their control while some choose to endure abuse for the sake of their children. Sometimes, victims stay because they simply cannot find the courage to get help on their own. In such cases, if one can identify the signs of abuse, a lot of damage can be prevented. If you think someone you know is being subjected to domestic violence, here are some ways you can help:

Lastly, if things go terribly wrong, always be prepared to contact your local domestic violence hotlines. If the victim’s life is in immediate danger, call 911.

Domestic violence is a common occurrence throughout the world and so is depression. Although it is reported among all genders, women are more likely to be affected by it. Luckily, there are several ways one can deal with, both, domestic violence and depression. However, after escaping, professional help may be required for the victims to get back to normal life and move past trauma.

Mooditude provides support to people dealing with mental health issues like depression and anxiety. Download the app and start your journey towards mental wellness today! 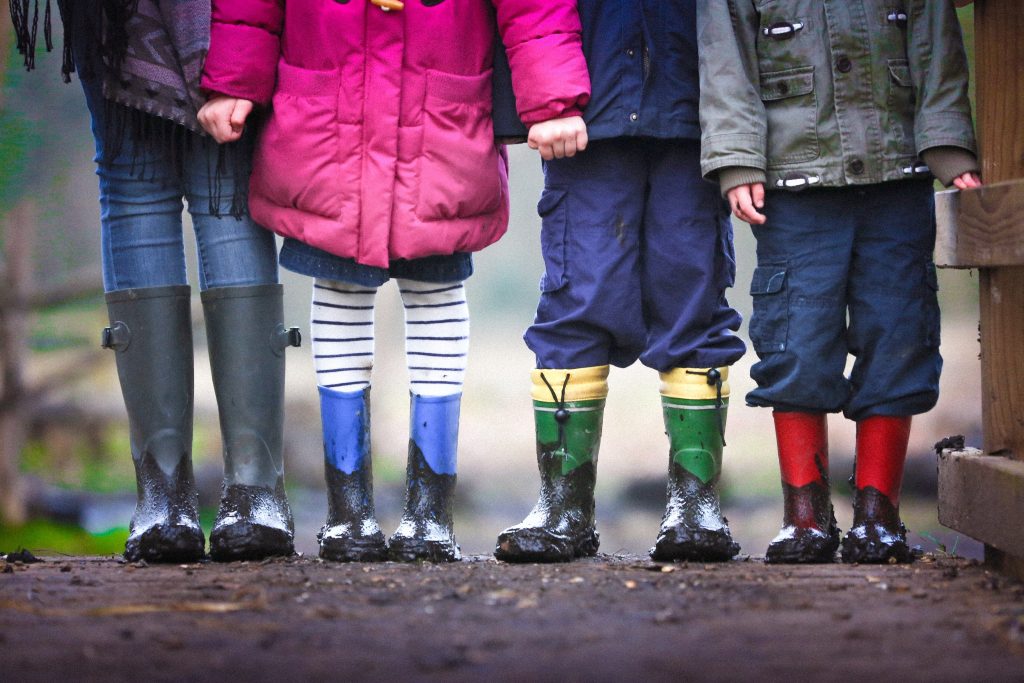 The Impact of Bullying on Mental Health

October dedicates a day to national bullying prevention. It’s not as common to recognize the perpetrator, but both bully and the bullied have lasting effects of bullying. Bullying is no longer just in school, but is online and follows children home. Learn the signs and what to do to to help prevent and stop bullying. 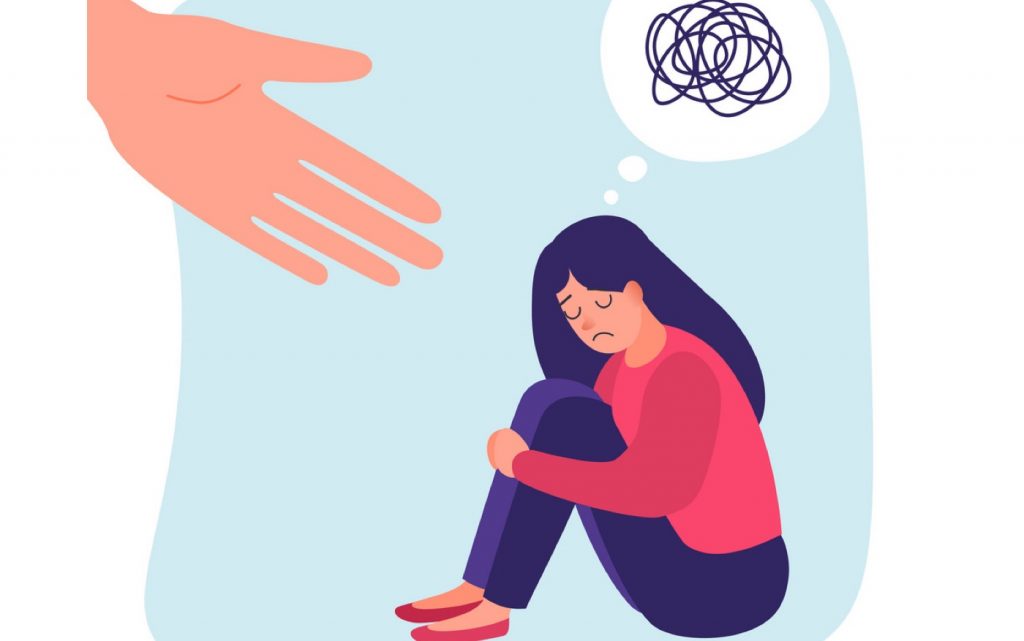 Do You Have Political Anxiety or Fatigue?

The 24/7 news cycle and constant exposure to political back and forth is draining. This election year it is even more difficult to escape, and many feel political anxiety, stress, and fatigue. Learn how to strike a balance between being informed and being overwhelmed!